4G Samsung Galaxy S II X is going to be Launched Soon, It is a First 4G Smartphone by Samsung and it will going to be the Canada’s fastest Smartphone.It has announced by Telus that the Device will be Official Launched on 28th October but it seems to be that the Device is not upgraded to ICS,As we all know that Samsung Galaxy S is already in stepped in market and rocking the smartphone world and their is another smartphone which is also rolling the market side wise called Samsung Galaxy Nexus the first mobile using Operating system Android 4.0 Icecream Sandwich . but 4G Samsung Galaxy S II X is coming up with the Previous Version GingerBread aka Android 2.3.which sounds pretty uncool. 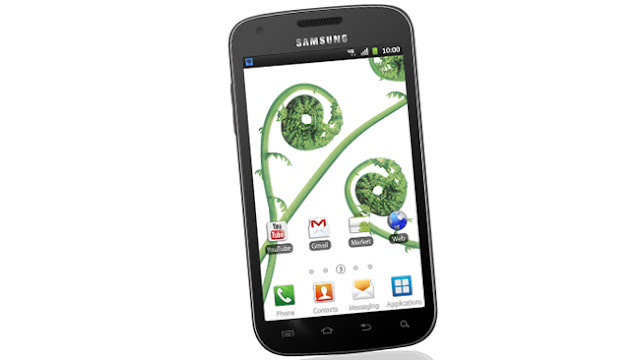 But we are not here to compare about which smartphone is using which Operating system and all to lets skip the chat on other smartphone and come to point on which total article is based …
Let we have a look on cool and awesome Features of New Phone
1.Download Apps
Downloading Apps and Streaming Videos will be faster than any other Smartphone with 4G downloading speed of upto 42Mbps(Expected average is 7-14Mbps).
2.Run Multiple Apps
Run multiple apps at the same time without any freezing or slow-downs on with the 1.5 Ghz Dual Core processor.
3.Wi-Fi
Wi-Fi web hotspot access to your laptop or tablet.
4.Touchscreen
Brilliant 4.5” super AMOLED plus touchscreen for vivid colours.
5.Adobe Flash
Adobe® Flash® 10.3 lets you access to videos and games online.
6.Video
With Cool Feature it record videos in full 1080p HD.
7.Camera
It has 8MP back facing camera with LED flash and 4X digital zoom.
8.Front Camera
With Cool Phone you can make video calls using the 2MP front facing camera.
9.Navigation
FREE Google Maps Navigation for turn-by-turn voice guidance and Google Maps in 3D
10.Android Market
It Access over 200,000 amazing free and paid apps* from the continuously growing Android Market.
Now Lets have a look on Specifications of this Awesome Smartphone
1.Screen
It has a wide Screen with dimension of 4.5″ 800 x 480.
2.Weight
It is a light weighted Smartphone with weight 109g.
3.Size
This Smartphone has a size of 67.3 x 131 x 9.4mm.
4.Talk time
This 4G Phone has a Awesome Battery Backup up to 9 hours.
5.Standby time
The Phone on Standby mode will give great battery backup up to 620 hours.
6.Internal memory
The Smartphone has a big Internal memory of 16Gb.
7.Expandable memory
The external memory of this Smartphone will be expendable up to 32Gb.
8.Price of 4G Samsung Galaxy S II X
The Price of this Smartphone has not been fixed till yet and we will update the Price as soon as we will get.
Instead of these Cool Features and Specifications mentioned above it has even more awesome Features which you will come to know when you will have this superb Smartphone in your hand and I would like to Thank all mine Readers and don’t forget to share your experience with MyTricksTime.