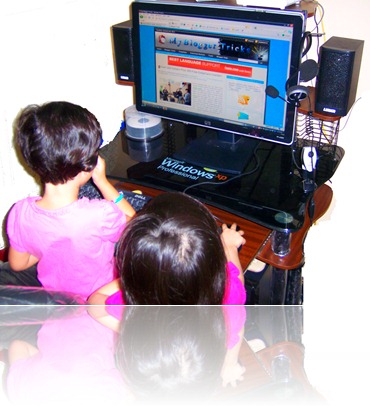 AdSense is no more just an advertising service today, it has become the only source of income for hundreds of people who work hard Online day and night trying to receive as much traffic they as can as possible at their websites or blogs. Traffic blesses one with page impressions and clicks, which in return increases your AdSense revenue.  Because its all traffic that AdSense loves in the end of the day.
Most of you are well aware of AdSense terms of service and how strict the rules can be when it comes to “fraud clicks” or “Accidental Clicks”. Probably you might have not heard of accidental clicks that much as you hear of fraud clicks. So here goes a simple explanation for both of them

What are Fraud AdSense Clicks?

Fraud clicks are intentional clicks made on Ads running on a website using a software or man-made clicks. New Adsense account holders are often involved in this as most people under-estimate Adsense’s policy rules and monitoring algorithms.  Many people who loose there Adsense accounts think they can easily fool this Million Dollar company and its ability.

What are Accidental AdSense Clicks?

Accidental Clicks are those that are un-intentionally made on Adsense Ads running on your website. This can happen due to many reasons which are discussed below
But the most important amongst them are clicks made by kids. Adults in family can be informed and educated with your advertisement rules but how can you make a Kid understand that?
Most of us have a habit of setting our Website as the browser’s homepage. Even if you don’t have this habit still the website URL is stored in browser’s cache.  With at most one desktop computer in the house, its common that it will be used by every family member. Windows has an option of creating multiple accounts but some bloggers and well learnt web masters often don’t utilize this option. Even those who create multiple accounts, still prefer to visit there websites on each and every account while in hurry. Being addicted to monitor the status of our websites we often ignore which windows account are we logged in. Is it the one which is your personal account? or the one where you let your children or younger brothers and sisters play video games online?  I have seen that happening to my own account. My younger niece once got confused while playing a game at pbskids.org and she had accidently clicked the Back button of the browser and browsed into my blog’s homepage. I had left for prayers and when I was back I found the naughty sitting on my desktop computer and gazing at my Blog. I really don’t know how many times she might have clicked the attractiveEmoticons appearing on my Adsense Ads!
I shared my story because such accidental clicks can cause a great deal of loss to Adsense trust on you. So please make sure you create a separate protected account for you on your home computer. And never ever visit your blog on other joined accounts because it can really make your heart beat hard! :p