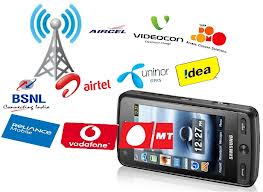 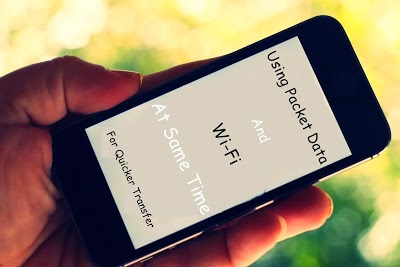 If you are here then you may be fed up with your internet speed on your mobile. You may find it easy to use internet on mobile by connecting to your home or business WiFi for faster access  well,, as human mentality everyone wants more and more speed while using internet .If you are one of this type then you are at right place. Here today i am going to introduce you to the   app that may assist you to use your net pack and WiFi at a same time for quicker net.  Although, at least once while using internet you might have a question that can i use packet data and WiFi at same time. Generally it is not possible
because as soon as you turn on you WiFi your packet data got disconnected. and now here at i am going to introduce you to one such apps that will help you to do use packet data and WiFi at same time So now without wasting way more time lets come back on this superb however useful trick.
Before stating you need require a rooted android device of version 2.2 or higher .And for the purpose of using your WiFi and internetpack at same time you have to download one apps named “Super Download” That you have to install on you device. This app come paid [Download Link] and as well as free [Download Link]

Just click on  download link and if this application recognize your it , it will start downloading that thing itself.but if this method doesn’t work then click and hold the link and then from the menu that will appear click on “Share with” and then choose Super Download. Finally you can copy and then paste URL In “Add URL” Dialog  and you can can set to speed up your download.
Some Instructions while using this app
Using Both of the networks, packet data and WiFi require root access.And also remember to say “authorize” to the superuser prompt.
As you are using WiFi along with your packet data ,  you may incur in additional charges from your network operator for using packet data only.
To make the software use it’s full power , this software requires good  and balanced WiFi And mobile packet data without any dis connectivity.
If you are having good WiFi, still you need 3G or 4G network to make software to work at it’s fullest
Using Both connections is not supported by some devices
Some web server may not provide to much downloading speed as will your packet data and wifi will give simultaneously.
Currently only http and https protocols are supported (no ftp or torrent yet)
The Lite version or free one  has a file-size limit of 50 megabytes.
So guys that was all, if you have any questions regarding to this application you can ask me by commenting. below 🙂
Enjoy Guys! and don’t forget to post your comments. © MyTricksTime.com 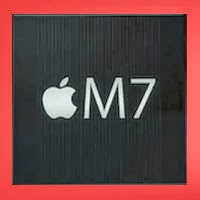 For those of you who are concerned about privacy and big companies tracking you, the focus of those fears tend to be Google and Facebook, but it looks like you have to add Apple to the list as well. A new report is claiming that the iPhone 5s (and likely the new iPads that also feature the M7 coprocessor) can track your movements for up to 4 days after the device’s battery dies.

This is anecdotal and hasn’t been confirmed yet, but Reddit user Glarznak has interesting evidence. Apparently, Glarznak was on vacation in Europe and his iPhone battery died. His charging cable had broken, so he decided to just go without his phone for a while. He was also someone who used the Argus app to track his steps. And, when he was finally charged his iPhone, he found that Argus had somehow gotten his movement data for four days after his battery died. This makes it seem as though the M7 motion coprocessor was able to function with the device turned off and using the reserve power in the battery for four days.

Of course, some will find this to be “creepy”, but we try to be more nuanced on these issues. First of all, yes the iPhone continued tracking movements after the battery died, but it only did so because Glarznak had the device set to track him in the first place, which is something you can turn off if you are truly concerned. Also, as we have pointed out before when people complain about Google’s policies, this isn’t a matter of taking your data, this is a trade where you get value in return. Although, until Apple comments, we don’t know what use this feature would be, because the M7 coprocessor is not tied to the GPS, so it would not be tied to “Find My Phone”.
Whatever the explanation, it does prove that users need to be more knowledgeable about their devices, what information is tracked, and what steps to take to opt-out of tracking if that is what you want. 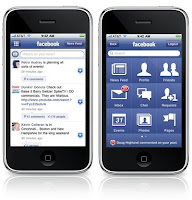 Facebook, hugely popular social networking website, has an interactive mobile website for getting its users hooked up to addictive platform. However the website has its own set of limitations and every other feature/function of Facebook cannot be cramped into mobile web version. For this reason, it has come up with a dedicated mobile applications for, well, virtually every mobile phone in this world!

Facebook for Every Phone is a pint sized java based application available for all the phones capable of running java (J2ME) applications, which I think almost every low-end (Smartphones too! Seriously?

) mobile phone will be able to do. Although smartphone users can opt for better Facebook clients viz. Gravity, Borg, etc but Facebook app, developed by geeks at Facebook, provides a good experience as well.
With a small installation size of just under 150 KB, Facebook for Every Phone publishes updates directly to your Facebook account without making use of any 3rd party service and such updates will show “Facebook For Every Phone” next to them. Facebook for Every Phone allows you to:
Some of the functions mentioned above viz. Accepting friend requests, find friends are some of the features that are unique to this application. Hence a certain advantage for using Facebook for Every Phone mobile Application over and above other 3rd party apps. In terms of customization, this app lags. Not many options are provided besides changing the font size, language, show news time/comment time although not many are needed as it is pre-configured with optimal settings.
Facebook for Every Phone app is available for free and can be downloaded by visiting: http://d.facebook.com/install from your mobile’s default web browser.
Nokia Codes :