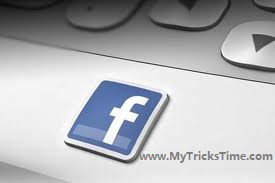 Surprise, surprise Facebook is changing, updating, moving and grooving, you name it, and they’re doing it. The world’s most popular social networking site has announced they are yet again adding to their platform. At a meeting on January 18th in San Francisco, (the Facebook capital) Facebook publicized there were changes coming.
Just when you thought Facebook was busy, it’s only to get a little more congested; they have invited over 60 of their closest friends to join their app party. You can expect to see many companies like Pinterest, Ticketmaster, Foodliy, Trip Advisor and Rotten Tomatoes, etc.
What does this mean?
This means that your Facebook friends will know everything that is going on, even more now. Whether it is what you are eating at the moment, to what concert tickets you just purchased or how far you ran on your workout. These apps will allow users to easily sync up to Facebook and broadcast every detail of their daily activities. An example of what According to The Washington Post, Facebook wants to make it easy and are calling it “frictionless sharing”. Frictionless sharing means “that users only have to give an app permission to share information once. After that, the app updates automatically to a user’s profile, letting their friends know instantly what they may be eating, studying or listening to at any given moment.” Sounds simple enough.
The app announcement will open more opportunities for Facebook ads and keep them in the lead of the great race that is known as social networking (sorry Google+, your just not that interesting yet). Facebook is opening its doors and inviting other developers to join. Facebook users can expect to start using these apps immediately so keep an eye out and happy sharing!