Many people do not consider Alexa ranking as accurate, because it does not count those visitors who do not have Alexa toolbar or Alexa sparky installed on their computers. But then, there are many websites and webmasters who still love to see their web sites ranking better in Alexa.

Another issue which is quite famous with Alexa is that, it ranks Yahoo! at 1st position, while among the web surfers, Google is generally more popular than Yahoo.The most common reason for Google being at 2nd position is that, Google redirects most of it’s users from it’s gTLD “.com” to various ccTLDs like “.co.in” or “.co.uk” or “.co.my” etc. And moreover many other services or web sites from Google like Feedburner.com or Blogger.com or Orkut.com are not counted in to Google by Alexa and so they have their own Alexa ranks, when you add all the traffic of these websites to Google, then Google will clearly leave Yahoo! far behind.But right now I am NOT talking about the other services or websites of Google.I am just considering Google.com vs Yahoo.com. For the first time Google.com is now overtaking Yahoo.com according to Alexa.

Look at these 3 months and 1 year graphs:- 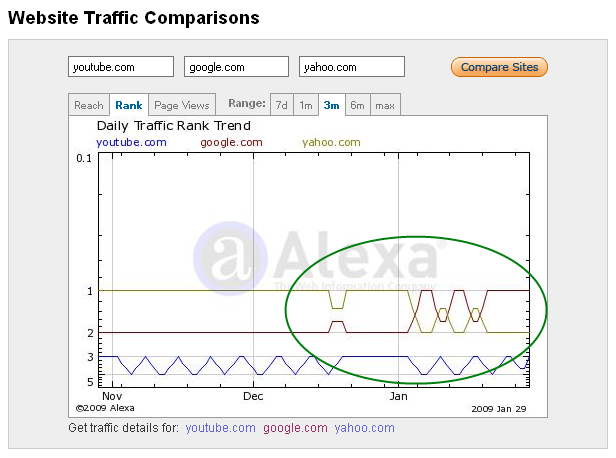 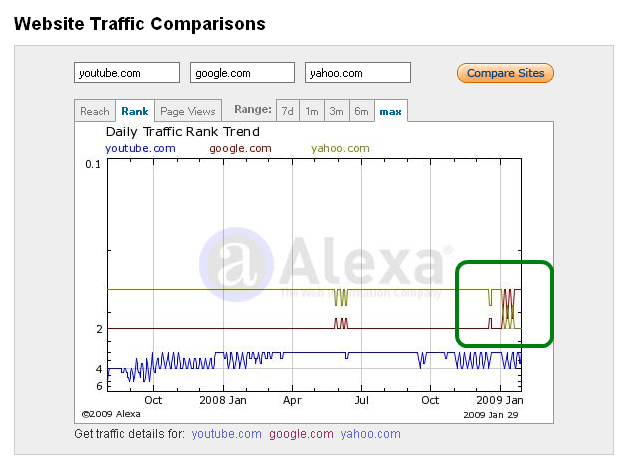 So here, in the next two screenshots you can see that Google has been already been given #1 position for it’s daily and weekly traffic. 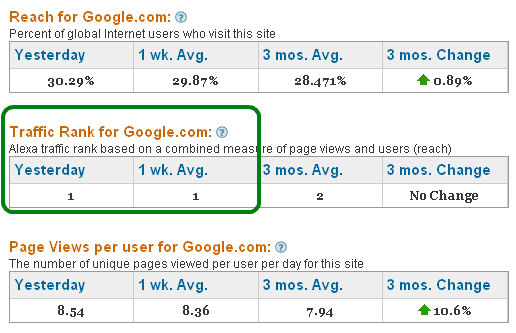 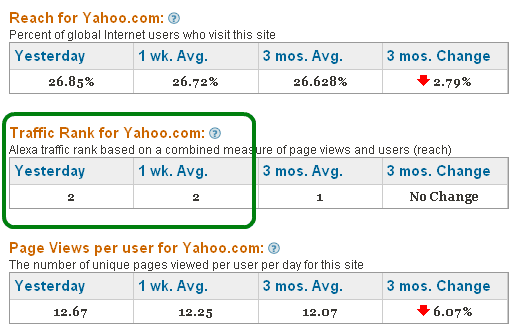 So for those who do not beleive Alexa’s reports, then here’s the comparison fromCompete.com 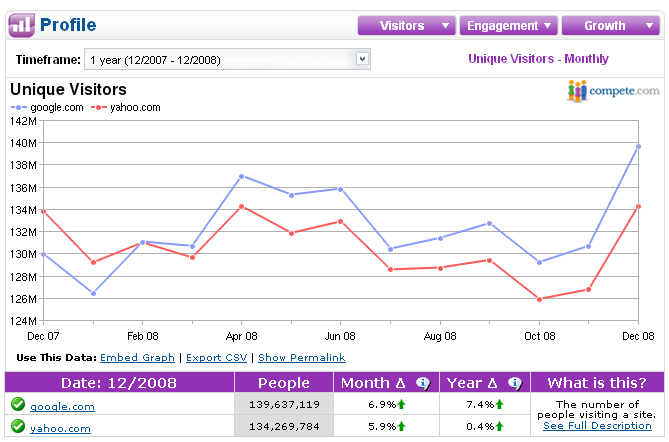