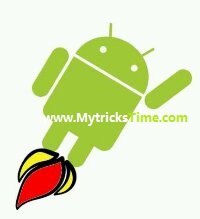 Android is an unforgettable milestone in the magical era of  smartphones and tabs. It came into market like lightning and roared like thunder, beating all other old mobile operating systems in less time.
The entry of android made companies like samsung, motorola, sony and htc to manufacture smartphones which can really threaten Apple products like iPhone and iPad being strong competators for them. This avoided apple’s monopoly in the smartphone world!
Many phones and tabs we use nowadays are powered by android. Use use android phones for many things like Gaming, Multimedia,  Mobile Broadband etc.
I will try to list out some basic tips for you to make them work faster and better.
1. Be wise while using task killers:
Do not use task killers to close all open apps at a time,close only unwanted apps like games and useless apps (i personally feel inbuilt apps like daily breifing as useless as I never use it on my phone, still it keeps on opening itself and tries connecting to internet). Never force close apps like gtalk,gmail,gallery, etc because it makes your phone lag as when you open those apps again, they needs to be loaded back again to your ram. So keep those apps open which you use often. It boosts your phone.
2. Try to avoid antivirus:
It may seem crazy for you, but its true. Antivirus applications always make your phone lag by peeking into every task you perform on your phone. If it is really necessary for you to use an antivirus on your android device, minimize its operation.
3. Dont install non-market apps:
Android is not so strict like iTunes, android market welcomes all apps which are spam free. So always limit the installation only within market.
4. Turn off gps:
Turn off your gps connection when ever it is not in use. I expect gps to use more phone resources than other features use. Shutting down your gps not only boost your device performance, it also increases battery backup of your phone.
5. Turn off window animation:
Turn off animations on your phone or atleast limit them to mimimum animations.Animations for every move on your phone causes more ram usage.
6. Do not use live wallpaper:
This is really an important thing to note, I have tried many times, when ever I use live wallpapers on my android devices, they take more time to respond.
7. Limit widgets and app shortcuts:Do not spam your homescreen with unwanted widgets and more app shortcuts.