Apple may have just released news of the iPhone 5 and the tech world is certainly abuzz but there is a new competitor on the block and its name is Samsung. Samsung is releasing the Galaxy Note 2 as well as the Samsung Galaxy SII plus. Both of these phones pack some heavy punches and adds something special to the cellular market. If you are interested in how they stack up read on!
The Galaxy Note 2 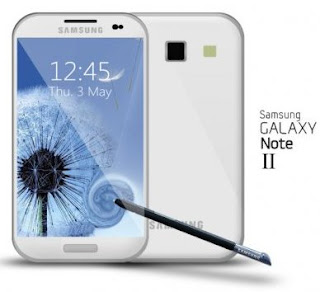 When the Samsung Galaxy Note was released the cellular world held its breath. Samsung came out with a desire to blend the world of tablets and cell phones and they did just that. Now the Note 2 is on the horizon and it is making sure people stand up and notice.

The phone comes with a 5’5inch screen; the biggest on the market, as well as a stylus for ease of use. The phone will be operating the new Jelly Bean operating system from Android and will do all of that with a quad-core processor. The phone’s 12mp camera makes it a top of the line media behemoth.

The Galaxy SII plus 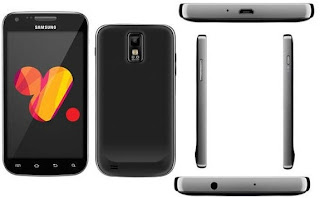 Samsung has been really great about offering phones in a variety of different price ranges to meet a wide demographic. The Galaxy SII plus is a device born out of a desire to provide people with a smartphone who simply don’t want to pony up hundreds of dollars. The phone has a brilliant 4’5 inch touch screen that will certainly get the job done for most media projects and web surfing. The camera is average and the processor is a respectable 1.5GHz. The phone will be shipping with the Ice Cream Sandwich operating system. For those who don’t remember ICS from Android is one of the most widely talked about operating systems. It is a stable option and works extremely well on these slight watered-down phones.
How the Stack Up Against One Another
Samsung has done something brilliant with the creation of these two phones, and the rest of their line-up, actually. The manufacturer has taken the smartphone industry by storm by creating a line-up packed with phones in every price range and for every type of use. The SII plus is definitively the “poorman’s smartphone”. It offers up all the wonderful features everyone needs, plus a a large screen, at a price point that most people will be able to afford. The corners cut here are in the processor, but it is more than adequate and will work flawlessly for people planning on doing basic social media and the like on their phones.
The Galaxy Note 2, on the other hand, is a phone that is packed to the brim with a wide range of features for the “heavy” phone user. It is a phone that blends the line between a tablet’s functionality and a cell phones portability. The massive screen and quad-core processor makes just about anything possible on this phone, but it isn’t for everyone. The large screen makes the phone unwieldy for those with smaller hands and it is simply “too much phone” for some people. But it speaks to a specific demographic and that is what Samsung is quickly showing themselves to be an expert in.
Author’s bio – Anthony Allen with all his dexterity in writing articles related to Latest communication technologies is an author for the company Homesecurity.org. source:
www.goharsh.com