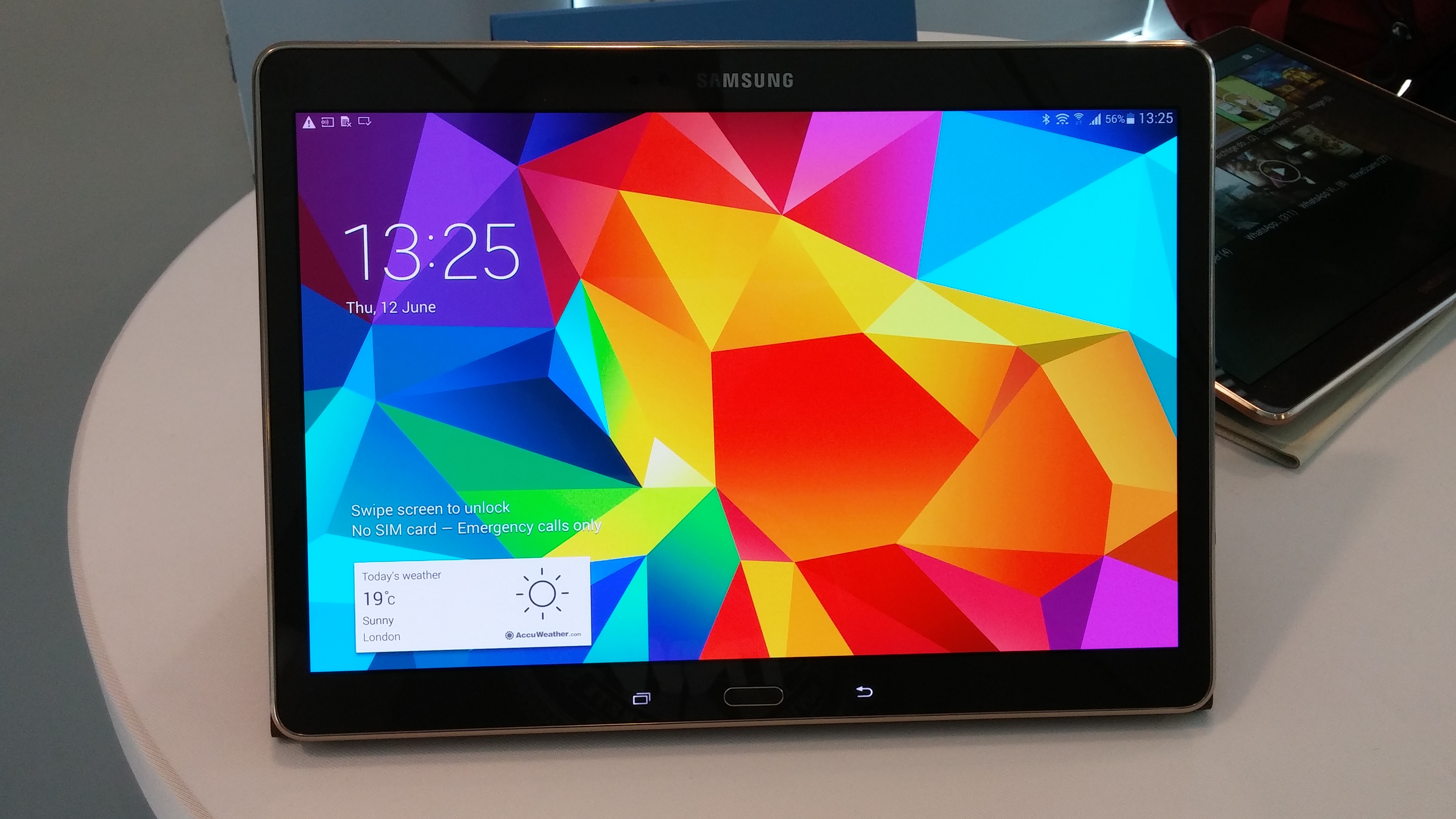 The Galaxy Tab S 10.5 is the big brother to the Galaxy Tab S 8.4 — it’s what the iPad Air is to the iPad mini 2. It has the same basic design and features. That means an outstanding 2,560 x 1,600 resolution Super AMOLED screen and plenty more besides. We loved the smaller version, so it’s no surprise that the 10.5-inch version is just as impressive.

We like the the Galaxy Tab S 10.5’s design, but we don’t love it. The dimpled, soft-touch rear is pleasant to handle, but the bronze-gold colour scheme is an acquired taste. It’s nothing like as refined as the iPad Air, which is a shame given they cost the same.

But the Galaxy Tab S 10.5 is well put together and it’s a featherweight. It weighs just 465g, though this is only a few grams less than the iPad Air. It’s also thin — 6.6mm makes it 1mm thinner than the iPad Air. These are all fine margins, but the Galaxy Tab S 10.5 has less competition among Android tablets at this size. As 10-inch Android tablets go, it’s way out in front.

The other interesting design point is case support. We weren’t sent a case for the 8.4, but we have one for the Galaxy Tab S 10.5. Like the 8.4, it fastens to the tablet via rather odd jacket style ‘poppers’. They don’t help the looks much, but they hold the case securely.

We like the case, too. It’s slim, so adds little weight. It also offers three angles from which to view the screen. The only issue is the folding required to make them takes some learning. Even after a week or so we’re still fumbling about each time.

This tablet has everything. You get the fastest version of Wi-Fi 802.11ac and Bluetooth 4.0. The Wi-Fi version has 16GB of storage built-in, but the microSD slot supports up to 128GB cards and there’s a 4G version that has 32GB built-in. There’s an IR Blaster for controlling your TV, too. We find the feature a little hit and miss, but it’s a nice extra. There are cameras front and back and there’s an LED flash for the main camera — a rare feature on a tablet.

Less impressive is the fingerprint reader. This is the same one found in the Galaxy S5 and it’s no more successful here. The swiping system is just too unreliable to use it to unlock your tablet. It only works 40/50% of the time, which isn’t a great hit rate