Hey guys apologize for not updating Smarttricks with Fresh Content Regularly in Recent times. But there is a Good News, because i am back with yet another Facebook Trick. Today we will see How to Recover deleted facebook messages,Photos and Videos and much more on facebook.

Basically its a Facebook Feature which not many people are aware of and hence i will be writing this tutorial to let you guys know about this amazing feature/Trick that Facebook Provides.

Many a times We Delete Messages,Photos or Vidoes from our profile which is not intentional but once we do , we can not undo it. and its gone forever.
But wait, There is a saying: Nothing is Lost, until MOM can’t find it, Likewise in this case even if you delete anything from your facebook account, you can get it back. Facebook have all your data in their archive which you can download too.

Step 5: Wait for Few Minutes, check your mail. You will see a mail from facebook in your Inbox with Downloading link ready for you to download all your data.

Step 6: Now After downloading the file. Unzip it and open the folder where you will find your messages, photos, vidoes. Pokes, Friend list etc.

The Files will be in .html format so you will have to double click on the file and select your Favourite Browser to open the file, the File will open up in your browser where you will have access to all your data..
I Hope this guide will help someone or other who didn’t already know that you can actually Retrieve Deleted Facebook Messages,Photos and Videos. Don’t forget to Share it with your friends if you like it and you may even Subscribe for New post, to get directly in your mail inbox.
Enjoy Guys! and don’t forget to post your comments. © MyTricksTime.com

Follow below steps and update your Facebook status via any devices apps:
1)      First of all Login your Facebook Account.
2)      Go to FBStatusVia
3)      Here you can see lots of applications. To update status via any apps just click any apps which one you want.
4)      Now a Popup page will appear on front of you and select your apps again here.
5)      Now, you can see Post to Facebook option here via your devices (apps).
6)      Write the status and click on Share button.
7)      Done!! Your status updated via apps.
8)      Now you can see your status on your Facebook wall via your app.

This trick is very nice to update your status via any costly devices like IPhone 5, Galaxy, blackberry and more. Update your Status Via any apps and impress and daze your friends.
If you are still having trouble to update your status via any apps or devices then please comment below we will solve your problem ASAP. If you have any tricks and tips so you can share here and we will give trick credit to you. For more tips and tricks you can subscribe our blog and like us Facebook for latest tricks.
Enjoy Guys! and don’t forget to post your comments. © MyTricksTime.com

Adding any type of social sharing buttons, follow button and  follow by email box differently covers lot of space. Sometime we also feel difficulty while arranging them correctly to get more response from visitors side for more subscribe, shares and follows equally but if you feel that you are losing your visitors without getting better results in subscription list and also not getting any shares. Then here is solution of your problem.

Today i am going to introduce a beautiful and amazing social sharing box with follow buttons also. This “Do You Like This Article” box contains Email Subscription box which helps to increase your email readers with three icons of RSS, Twitter and Facebook. I also add “Add This” Widget in box which help to get more share. This combination make this box amazing and best widget for using it under every Post.

MyTricksTime with your feed burner id which comes 2 times 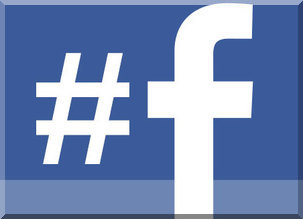 As was previously reported by The Wall Street Journal, Facebook plans to launch its own version of the hashtag, allowing users to connect common themes and trending topics around the social network by adding the simple hashtag symbol to a status update. Clicking through sends a reader down a rabbit hole of information, all connected to the hashtag being followed.
But drilling down on the hashtag specifically is a direct affront to Twitter, potentially dipping into Twitter’s valuable ad dollar territory.
Imagine the power of an advertiser sticking an ad in a user’s face at the exact time they want to see it. If a user follows a hashtag about, say, #desserts, a company like Hostess could sell ads against anyone who searches that hashtag, sticking a promoted tweet for their delightful pink Sno-Balls in front of everyone following the hashtag. It’s a practice that’s slowly catching on for the advertisers who can understand it.
Facebook, on the other hand, can’t tap into that trending sentiment quite as effectively. While the company does attempt to place relevant ads in the New Feed and lower-right-rail to reach its users, it would do better to let people dig deeper into trends across categories. So blatantly ripping off Twitter makes some sense here.
The idea behind the introduction of hashtags to Facebook is much the same as it is on Twitter. A person could include a hashtag with a post which, when clicked on, would link users to a page where other posts and discussions based on the same theme would appear.
The hashtag symbol would in effect represent a way into group conversations on a particular topic. The advantage thus being that Facebook would provide a better platform for participation in ‘real-time’ events be it events from cliff-hanging national television to local sporting moments.
This paves the way for new advertising opportunities. Facebook business pages and advertisers could target their associated products and services to an engaged audience and take advantage of the real-time spikes in interest- as businesses do on Twitter via sponsored tweets.
Further to this real-time conversation debate, the inclusion of hashtags on Facebook is also likely to relate to the authorization of the recently launched Facebook GraphSearch. For those who can’t remember what this is, in simplified terms it’s a really advanced search bar that dives through data from your Facebook history as well as those within your wider network.
The GraphSearch essentially bases its results on you and your network’s Facebook ‘likes’. However, these ‘likes’ have been widely criticized as flawed from finding true and usable search results. The thing is, research suggests that users tend to like a lot of things they see on Facebook because they feel a social obligation to do so. It’s very easy to click a button and like a post- the user might not actually have any real interest in the subject matter at all. Therefore, the introduction of hashtags hopes to see users expressing more of a commitment to something, making the GraphSearch results more accurate.
And Facebook has hinted that this could be a reality for the site. In January, the company debuted Graph Search, the nascent way of digging deep into Facebook by making connections through the Friend Graph. Also, Instagram has used hashtags for some time, though that seems to have grown out of the language of Twitter.
Essentially, edging in on Twitter’s advertising territory by offering a better way to connect ads to users could spell trouble for Twitter.
One of Twitter’s largest issues has been its difficulty translating just how normal people are supposed to use the hashtag in the first place. When on-boarding new users, they’re faced with a litany of “at symbols” and hashtags, a language of Twitter’s own that isn’t immediately clear. Not to mention the difficulty of letting users know how to use hashtags effectively in search and discovery; right now, Twitter’s search and discovery tab has improved, but it has long been terrible.
So Facebook’s widespread adoption of this language could actually bring the lexicon to the masses, essentially introducing a billion newbies to a gnarly language- one which Twitter is still trying to figure out how to introduce to users.

Remember, Twitter: Imitation is the sincerest form of flattery. Just hope that this rip-off is to your advantage.source:dreamtechie