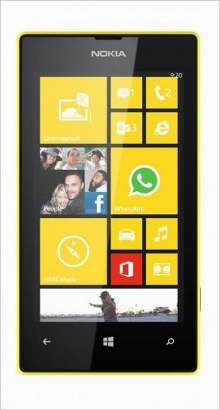 The budget segment of smartphones is the most volatile and competitive in India. With so many options, an average consumer moving from a simple device to a smartphonec is often clueless.
Nokia recently launched the Lumia 520 amidst Android’s clunky and moderate performance smartphones.
Nokia Lumia 520 is the immediate successor of last year’s Lumia 510 smartphone. 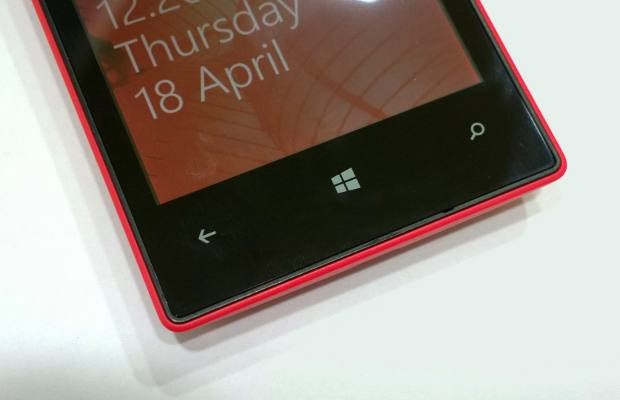 Nokia will offer this back panel in red, yellow, white, cyan and black colour options. Our red coloured review unit had a somewhat matte finish texture. All physical buttons are placed on the right side with volume control buttons on the top, along with the power/sleep/wake button and the dedicated camera button below it. 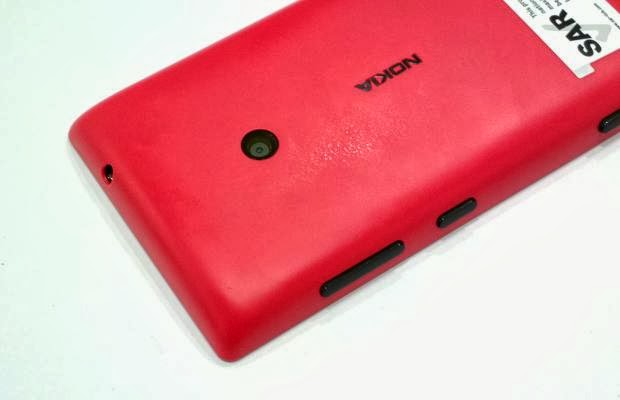 Appearing a bit out of league in terms of design, the back of Lumia 520 has curves but the edges do poke the palms if held tightly. Nevertheless, the Lumia 520 is a nice looking smartphone for the budget segment. In fact, it is one of the smart looking smartphones in this segment.
The Lumia 520 is 119.9 mm tall, 9.9 mm thick, and appears to be pleasingly slim for its form factor. Along with the removable battery, Lumia 520 weighs 124 grams and for an average person it would feel very much like the Lumia 620.

Nokia has used a 4 inch IPS LCD display and the phone does not have a ClearBlack display technology layer. However, this 4 inch display is a 24-bit panel decent enough to be crisp as it carries 480 x 800 pixel resolution natively. Thus, it offers a decent 235 pixels per inch pixel density to make text appear crisp and neat without much tearing from a normal distance.
The screen supports multi-touch and is certainly small in comparison to larger displays. Outdoor legibility of the text is not as good as on other Nokia Lumia displays due to the lack of a ClearBlack layer. 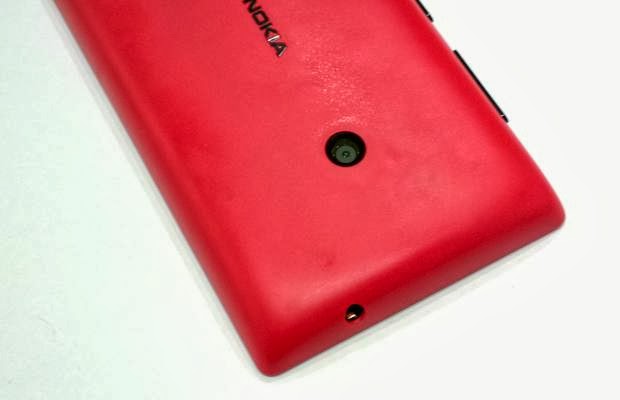 For the budget segment, Lumia 520 packs a dual core 1 GHz Qualcomm Snapdragon S4 Plus MSM8227 mobile processor paired with Adreno 305 graphics chip and 512 MB RAM. Apparently, Nokia has used the same processor, graphics and RAM combination for Lumia 620 and Lumia 720 devices as well.
Apart from twice the RAM of the Lumia 510, Lumia 520 packs 8 GB on board storage and can support up to a 64 GB micro SD card in the memory slot. Surprisingly, Nokia has removed the stereo FM radio module, which existed in the Lumia 510. Other than that, Lumia 520 features a GPS chip with A-GPS and Glonass support for faster location lock and Bluetooth 3.0.
In terms of hardware, the Lumia 520 is quite competitively placed alongside several Android smartphones, which too feature a quad core mobile processor and large screen display.

Microsoft Windows Phone 8 is seriously smooth and fluid on the Lumia 520 despite the 512 MB RAM packed inside. The touchscreen feedback was fine and overall user experience of Windows Phone 8 was pleasant. Windows Phone 8 brings along the built-in MS Office Suite with word processor, presentation and spreadsheet apps. While most pre-loaded apps belong to Nokia, it was interesting to see the World of Redbull app preloaded on the phone. This app is a single channel gateway to wide categories of events, information and images powered by Red Bull. It has News, Map, Photos, Culture, Voice Control, Sports and other options to keep the user entertained.

The Nokia Lumia Exclusive apps include Nokia Here (previously Maps). These maps can now be used for location based activities and even offline navigation. Nokia Here Drive provides turn by turn navigation and it can also be voice guided. The City Lens app from Nokia brings Augmented Reality by showing nearby places mapped on the display while pointing a camera in the right direction. Apart from that, the social networking apps work like a breeze on this smartphone. 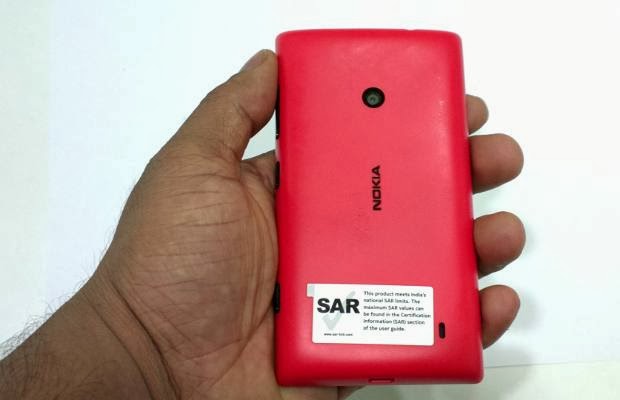 Nokia has packed a 5 megapixel camera at the back and provides a dedicated camera key along the side. There is no LED flash to support the camera in low luminance surroundings. The ¼ inch camera module does not have Carl Zeiss Tessar lens treatment and carries f/2.4 aperture with a focal length of 28 mm. The touchscreen display acts as a large viewfinder and though there is autofocus, one needs to touch the display for focusing on a particular area. It goes without saying that the camera app can be used only in landscape orientation. The photo settings offer several options to manipulate such as Scenes, ISO, Exposure Value, Aspect Ratio and White Balance. 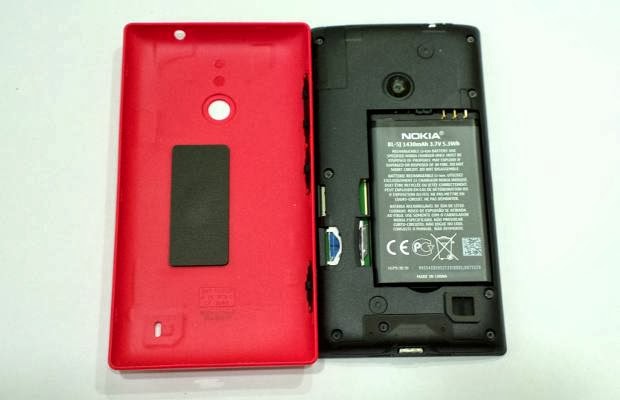 Like other Lumia devices, Nokia has added four lens softwares pre-loaded with the camera app – Bing Vision, Panorama, Cinematograph and Smart Shoot. One of them needs to be downloaded from the Windows Phone Store. These software based lenses are to be used for taking better pictures. Smart Shoot is a kind of burst mode for it shoots multiple images and the user gets to choose the best. This camera can be used to record 720p HD videos with no exceptional quality expectations. However, it is a good improvement over the VGA quality video recording offered by Lumia 510. There is no front facing camera in this smartphone, which is quite expected considering the tight budget level pricing.
This is not one of the best cameras in the budget segment. The focus goes a bit off when the physical camera key is used and the resultant image comes out a bit blurred. We tried our best to be patient but then succumbed to using the touchscreen for clicking photos. And yes, we did miss the LED flash a number of times but that’s a trade-off one has to live with.

Nokia has placed the speaker at the back as a very small outlet. It is not the loudest, but it is fair enough for enjoying songs in a room. Nokia has added the Nokia Music app, which also includes Nokia Mix Radio and therefore has access to a large library of downloadable music. There is a separate Music+Videos that stores individually uploaded music and videos. The native music player brings software equalization presets, which will help music lovers set them as per their taste. Music output is good enough for a casual music lover. 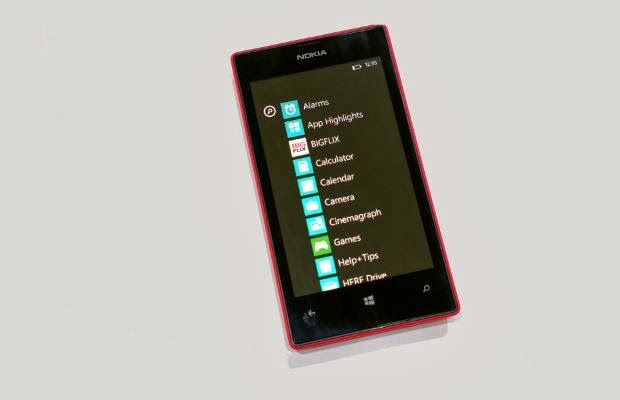 The phone can support MP4 and AVI files so your video collection can be simply transferred to the phone. The video player has a simple interface and videos can be transferred with the Windows Phone PC Sync client.
Photo Hub lets users enjoy photos and albums at ease. Create albums or let the camera roll take images to be shown under the tiles on the home screen. Lumia 520 may not be the best multimedia handset, but when it comes to performance it does the job. When it comes to gaming it misses out on loads of popular games due to a mere 512 MB RAM. All those apps that require RAM muscle will not run on the Lumia 520.

Nokia has added a 1430 mAh removable battery and it is a decent bump from the 1300 mAh battery bearing Lumia 510. The little bump in the battery certainly helps normal usage over 3G or 2G networks. However, if the phone is used for data heavy activities such as streaming videos or playing games, then the battery juice continues to drop swiftly. One can expect about 8.5 hours and more of talk time over 3G networks.

With such heavy usage, the phone cannot make it through the day and needs to be recharged. However, with normal usage involving a couple of calls, texting and social media usage, the phone just manages to touch the day’s end with some life left. One should thank Nokia for a removable battery and should hope that some battery life improving tweaks will be pushed through future software updates.

Nokia has priced the Lumia 520 with Windows Phone 8 at Rs 10,499 officially through its Nokia Priority Stores. This is a fantastic price because the handset can really perform smoothly with its limited hardware, unlike other Android devices. The best part is that the same phone can be purchased at a good discount from resellers and online retailers.

Anyone who is simply frustrated with the lack of apps and wants a no nonsense experience at a limited budget – pick up the Lumia 520 to be content. In the crowded and flooded budget segment of sub-Rs 10,000 devices the Lumia 520 may not be the best in terms of specifications or looks, but it certainly delivers the performance for its price and is consistent. One must not forget the extra goodies in the form of Nokia Lumia Exclusive apps offered with the Windows Phone 8 package. As mentioned earlier, we recommend the Lumia 520 for a basic, no nonsense experience. Of course, there will be a lack of enough apps but when you seek consistency on limited hardware, that aspiration is too far fetched.

Many of you may use Nokia Phone to connect yourself to internet. Which uses 2G or 3G.
This trick will help you in boosting the Internet speed of your Nokia Phone Modem by 100%. 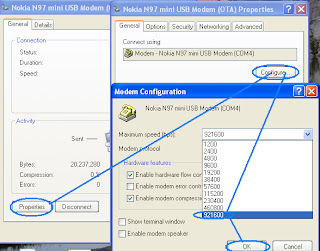 Click on the computer activity icon which is similar to my-computer icon and will be blinking off and on. and will be placed on your task-bar. 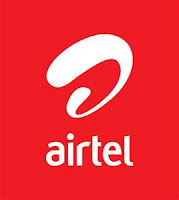 Hello friends!
here is the settings which i am using to browse internet freely… i see there are many threds providing you settings for the free gprs…but most of them not work at all, many of them are incorrect also.
I realise that this happens as most of users dont know how to put the setting correctly…
thats y i am explaining what to do n how to do in detail so that you too njoy the free gprs…
but only for 40 series phones………dammn!! shit!! sorry 4 dat 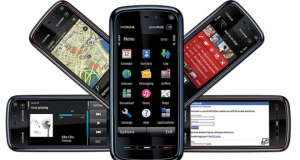 (19) *#62# Allows you to check the number that “Divert If Unreachable (no service)” calls are diverted to.

Allowed”, it means you will get the best standby time possible.

repairs), 5.Transfer User Data. To exit this mode you need to switch your phone off then on again. ( Favourite )

press and hold # Lets you switch between lines