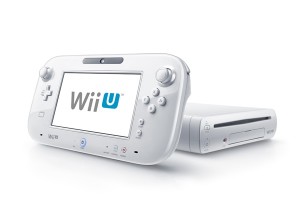 Nintendo Wii U is packed with innovative features andit is all set to hit the U.S. market on Nov 18.  Nintendo’s new system plays catch-up with Sony and Microsoft and aims at tempting gamers back from the internet and mobile devices.
Whereas other contemporary video game consolesare now forthcoming to the six and seven years mark respectively since release, Nintendo has been the most popular console cycle to jump on the eighth generation of console wagon.
An Overview of the Nintendo Wii U
The new console looks sleek, small and plain in terms of design, but is empowered by an IBM multi-core processor and is compatible with 1080p HD Graphics. The new console will be marked by a little difference from its competitors if we only take into account its visuals and processing power. However, in addition to graphics, it is the controller that has literally tempted everyone to count down the few remaining days for its launch.
Wii U Controller
The innovative Gamepad, termed by the manufacturer as the “Wii U controller”, looks akin to a tablet pc. However,in addition to featuring a simpletouch screen, the Gamepad features a handsome array of controls and buttons, such as: Power buttons,XBAY buttons, Dual Analogue sticks, Triggers, Bumpers, TV, Home and Volume control. The controller comes with anattractive 6.2″ touch screen having the capacity of displaying at 16:9 aspect ratio.
What is probably the most impressive feature of Nintendo Wii U is it enables you to enjoy playing your favorite games on the new controller, without having to connect it to a monitor or television screen, and even that with a range of 30 yards approximately. Just imagine you areand busy in the middle of your room beating Bowser’s head on Mario and someone demands you to bring a glass of water from the refrigerator, you can leave your place by switching your main screen from the television set to the tablet screen and keeping on with your Bowser beat down.
What is included in the Wii U Packs?
Basically, it has been unveiled that the device will come in two different packs: basic and premium.
Basic Pack will include:
The Premium Packageof the console will include:
ASpecial Reward Programme
It may also be mentioned here that the premium pack comes with a special reward programme that offerspoints to its worthy clients on every digital purchase made in the Nintendo’sonline Shop. Each point is worth 10% of the regular retail price, and you can make use of this credit against future purchases as soon as it reaches 500 points minimum.
Expected Price
As far as the price is concerned, it will be available at just under $300.Sounds expensive? Rest assured you will receive a console and a standalone Gamepad tabletalong with 23 original Wii U games–all in one pack. With its exciting features, the price should not be a hindrance toward satisfying your passion for games.
Guest Post from Theresa Moyer. Theresa writes for GoToGiftBaskets.com.
source:www.goharsh.com/computer/whats-new-in-nintendo-wii-u